The construction of the site of the observatory responds to three periods which each have a history and a substructure of their own:

March 2022 : New version of the model and update of the results 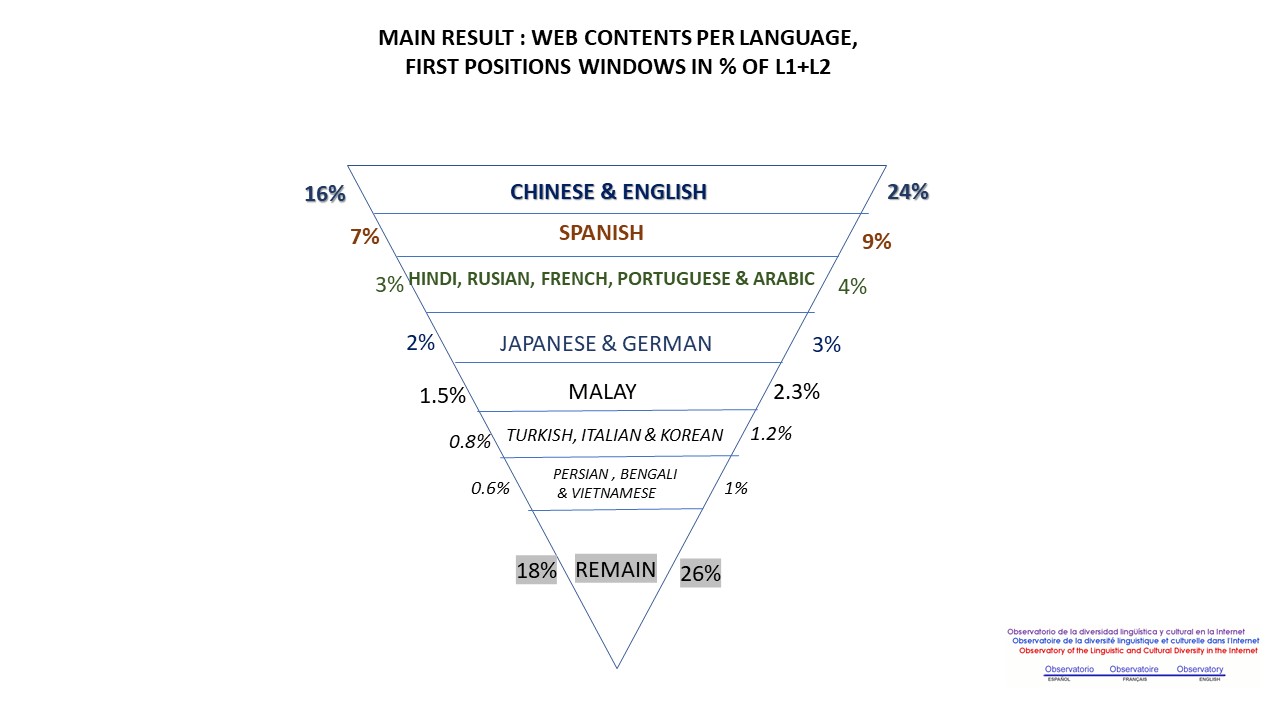 October 2021: The Observatory is now member of the UNESCO Chair on Language Policies for Multilingualism

August 2021 : Results of the new measurement campaign for indicators of presence of languages in the Net

June 2021 : The Observatory is awarded a subvention from DGLFLF for the expenses of hosting and domains of its website and BaseLDF site.

March 2021 : the Observatory now hosts the data base BaseLDF.FR on the presence of languages of France on the Internet, developped by Daniel Pimienta & Daniel Prado, on behalf MAAYA,

September 2017 : New approach for measurements of languages in the Internet